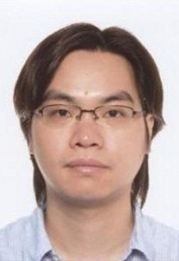 Abstract: Recently, supervised-learning algorithms such as deep learning have made a great impact on our society, but it has become clear that they also have important limitations. First, the learning of supervised models relies heavily on the size and quality of the annotated training data. However, in many real-world applications, there is a serious lack of annotation, making it impossible to obtain high-quality models. Second, models trained by many of today’s supervised-learning algorithms are domain specific, causing them to perform poorly when the domains change. Transfer learning is a promising technique to address the aforementioned limitations of supervised learning. In this talk, I will present what we have done on transfer learning and our current research focuses.

Speaker’s Bio: Sinno Jialin Pan is a Nanyang Assistant Professor at the School of Computer Science and Engineering at Nanyang Technological University (NTU), Singapore. Prior to joining NTU, he was a scientist and Lab Head of text analytics with the Data Analytics Department, Institute for Infocomm Research, Singapore. He received his Ph.D. degree in computer science from the Hong Kong University of Science and Technology (HKUST) in 2011. His research interests include transfer learning, and its applications to wireless-sensor-based data mining, text mining, sentiment analysis, and software engineering. 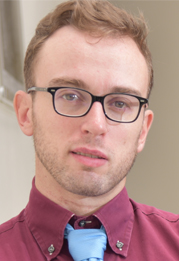 Abstract: With the recent developments of deep learning, AI research has gained new vigor and prominence. However, machine learning still faces three big challenges: (1) it requires a lot of training data and is domain-dependent; (2) different types of training or parameter tweaking leads to inconsistent results; (3) the use of black-box algorithms makes the reasoning process uninterpretable. At SenticNet, we address such issues in the context of NLP via sentic computing, a multidisciplinary approach that aims to bridge the gap between statistical NLP and the many other disciplines necessary for understanding human language such as linguistics, commonsense reasoning, and affective computing. Sentic computing is both top-down and bottom-up: top-down because it leverages symbolic models such as semantic networks and conceptual dependency representations to encode meaning; bottom-up because it uses subsymbolic methods such as deep neural networks and multiple kernel learning to infer syntactic patterns from data.

Speaker’s Bio: Erik Cambria received his PhD in Computing Science and Mathematics in 2012 following the completion of an EPSRC project in collaboration with the MIT Media Lab, which was selected as impact case study by the University of Stirling for the UK Research Excellence Framework. After working at HP Labs India and Microsoft Research Asia, in 2014 he joined Nanyang Technological University as an assistant professor. Dr Cambria is associate editor of several journals, e.g., NEUCOM, INFFUS, KBS, AIRE, IEEE CIM and IEEE Intelligent Systems, where he manages the Department of Affective Computing and Sentiment Analysis. He is founder of SenticNet, a spinoff offering B2B sentiment analysis services, and is recipient of many awards, e.g., AI’s 10 to Watch. Dr Cambria is involved in several international conferences as PC member, e.g., AAAI, IJCAI, UAI, ACL, and EMNLP, workshop organizer, e.g., ICDM SENTIRE since 2011, and invited speaker, e.g., IEEE SSCI 2017. 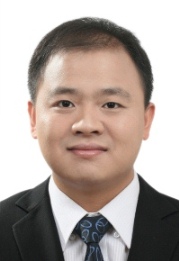 Abstract: In January 2017 CMU’s Libratus system beat a team of four top-10 headsup no-limit specialist professionals, which was the first time an AI had beaten top human players in this game. Libratus’s success is purely based on algorithms for solving large scale games and has nothing to do with deep learning! Over the last few years, algorithms for solving large scale games have also been applied to scheduling security resources in many significant domains including airports, federal air marshals service, coast guard, and wildlife conservation organizations. Game theory has also been applied in many other AI problems such as sustainability, ad-word auction, and e-commerce. This talk will discuss key techniques behind these success and their potential applications in other domains.

Speaker’s Bio: Bo An is an associate professor with the School of Computer Science and Engineering, Nanyang Technological University, Singapore. He received the Ph.D degree in Computer Science from the University of Massachusetts, Amherst. His current research interests include artificial intelligence, multiagent systems, game theory, and optimization. He has published over 70 referred papers at AAMAS, IJCAI, AAAI, ICAPS, KDD, JAAMAS, AIJ and ACM/IEEE Transactions. Dr. An was the recipient of the 2010 IFAAMAS Victor Lesser Distinguished Dissertation Award, an Operational Excellence Award from the Commander, First Coast Guard District of the United States, the Best Innovative Application Paper Award at AAMAS’12, the 2012 INFORMS Daniel H. Wagner Prize for Excellence in Operations Research Practice, and the Innovative Application Award at IAAI’16. He was invited to give Early Career Spotlight talk at IJCAI’17. He led the team HogRider which won the 2017 Microsoft Collaborative AI Challenge. He was named to IEEE Intelligent Systems’ “AI’s 10 to Watch” list for 2018. He was invited to be an Advisory Committee member of IJCAI’18. He is a member of the editorial board of JAIR and the Associate Editor of JAAMAS. He was elected to the board of directors of IFAAMAS.